An experience in Toronto

He is struggling with his English but his nature is humorously kind. We interacted in a workshop to help newcomers with finding employment and in one lunch break, he demonstrated the use of chopsticks which I did not find as difficult as I had thought. 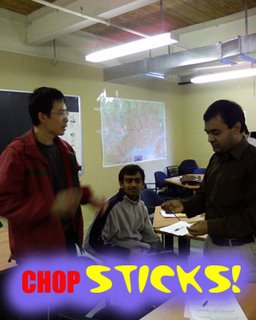 The other day, we had to catch the streetcar to take us to the subway and then the bus ride back home, hence the opportunity for conversation, which he capitalised as an opportunity to improve his English.

And then he surprised me with his rendition of a song from an Indian movie while cupping his hands lest the co-passengers be disturbed. We were climbing the stairs from the subway and crossed a musician playing on his Accordion. Just as we were near the landing, Bo Lu pulled my hand and took me near the musician. Listen! He said.. and WHOA!! The man with the accordian was playing the EXACT tune he had demonstrated to me in the train!! We agreed that he was probably a Russian because the movie in question, Awaraa had been a hit in that country, shall we say, long ago? 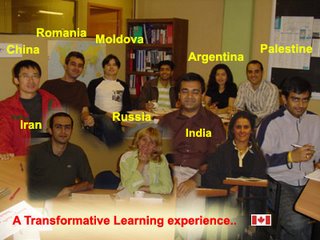 A motley group of immigrant Caterpillars trying to find a place among Canadian butterflies.. an Argentinian counsellor equipped with a great smile and impeccably politically correct manners, explaining the nuances of working in Canada to an impetuous Chinese or a restrained Russian and a shy Iranian. It was amazing to witness the multi-dimensional discussions that took place with fairly simple issues. 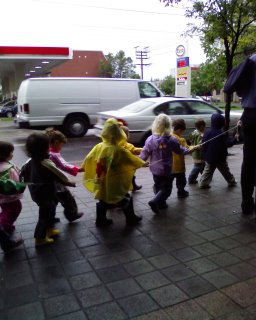 Two day care workers taking the kids for a walk in the rain...